Dear #RudyGiuliani, This is what a man who actually loves America looks like. #Selma50 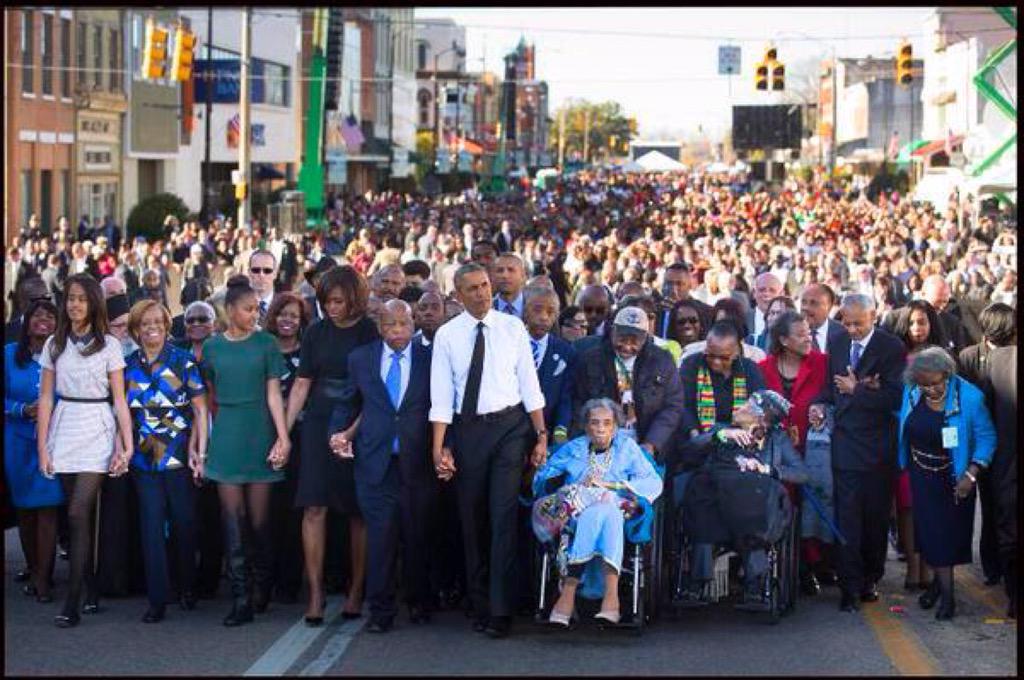 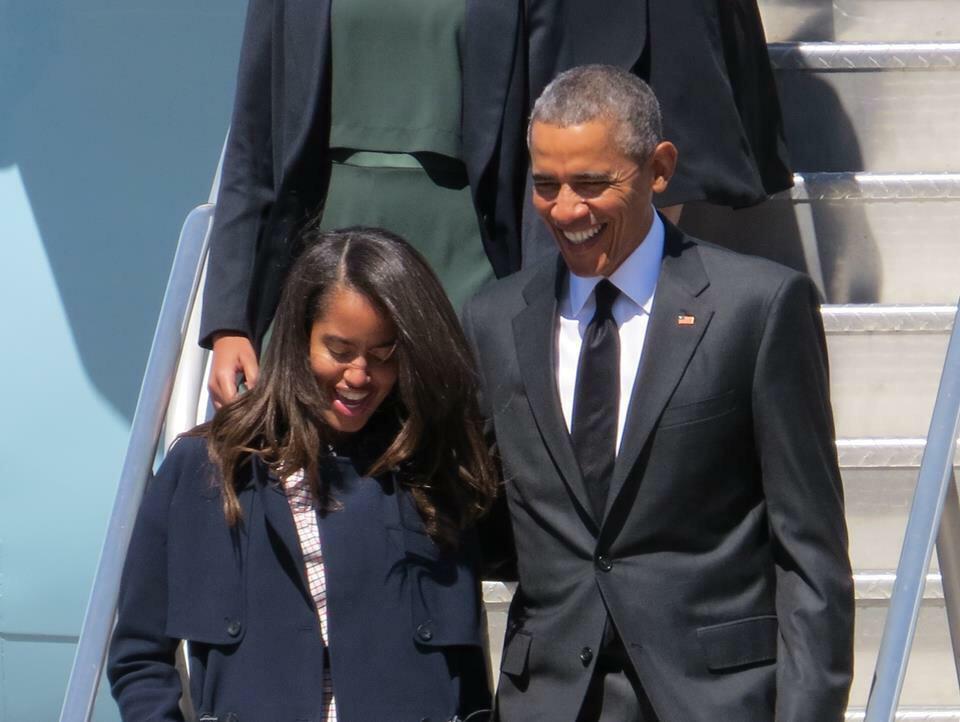 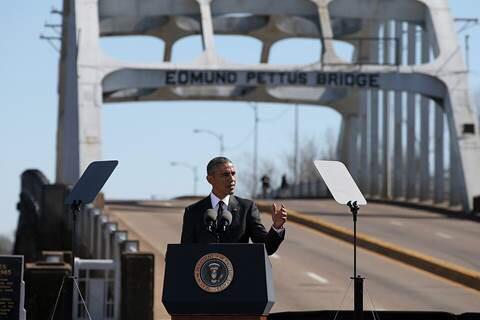 The health of millions of Americans hangs in the balance

. I will always remember and cherish the morning I sat next to and chatted with Governor Cuomo at a Chamber of Commerce Breakfast he attended and addressed in Newburgh, NY 1991.

Not exactly my kind of movie, but wanted to see it to send a message to Kim Jong-un and the nutjobs in

North Korea that freedom TRUMPS their warped view of the world…..

Anti-Police demonstrations have gone too far. They have now been  hijacked and perverted by those who have absolutely no respect for any law enforcement, regardless of color or creed. I believe its called anarchy….

It is getting to the point that police officers around our country will be unwilling or even fearful of intervening any sort of illegal activity (like pulling a gun on a Cop is now OK?…see below).Three innocent Police Officers have been MURDERED in this country over the past week, and it has resulted in shameful protests against them.

Yes, there are some bad cops out there that need to be removed; but the overwhelming majority are honest, decent, responsible and dedicated to protecting us enforcing the law fairly and with respect.

Jim Sullivan This madness must end.

In North Korea, No One Can Take the Leader’s Name, in Vain or Otherwise

SEOUL, South Korea — There is plenty that is off-limits to North Koreans. Televisions that receive anything other than government broadcasts. Traveling outside their hometowns without official permission. And Bibles.

The given name of North Korea’s young and capricious leader, Kim Jong-un, now appears to be reserved only for him — carrying on a tradition started by his grandfather, the founder of one of the world’s most brutal police states. If that does not seem otherworldly enough, consider this: those North Koreans unlucky enough to have had the name when the young Mr. Kim came to power in 2011 have had to give up them up.

Such is the well-honed cult of personality in North Korea, where the leader is something of a godlike figure and where critics of Mr. Kim can find themselves in the nation’s notorious gulags. For a time, early in Mr. Kim’s rule, outside analysts and foreign diplomats held out hope that he might be more modern and open than his father and grandfather, the country’s first two leaders.

But Mr. Kim, 31, has proved to be no soft touch: He had his uncle — and longtime mentor — executed by firing squad when, it appears, he began accruing too much power. And he has thumbed his nose not only at the United States and South Korea, the country’s longtime nemeses, but also at his Chinese benefactors who have pleaded for less provocative behavior following nuclear weapon and missile tests.

Keeping a name sacrosanct adds to the other outsize shows of respect for the Kim dynasty. Homes and offices must be adorned with portraits of Kim Il-sung and Kim Jong-il, Mr. Kim’s grandfather and father. Statues of the two men are landmarks in all major cities, and North Koreans wear lapel pins bearing their images. The country celebrates their birthdays as national holidays.

It is unclear just how many people had to change their name to comply with the new rules, but in South Korea, Jong-un is a common name for both men and women.

South Korean officials have long suspected that a new naming convention was in force once Mr. Kim was publicly introduced as the expected heir to his father in 2010, given the family’s history of hoarding names. But as with so much in North Korea, with its tight control on information, it was difficult to confirm.

Then, on Tuesday, the South Korean national broadcaster KBS reported that it now had what it called an internal North Korean government document, dated Jan. 5, 2011, in which officials of the governing Workers’ Party and of internal security agencies were instructed to ensure that the decree against other Jong-uns was enforced.

A South Korean government official, who spoke on the condition of anonymity confirmed the decree, saying “It’s true that in North Korea, they now allow only one Jong-un.”

One other dynastic naming tradition also lives on: the showering of Mr. Kim with a host of titles preceding his given name that are meant to show he is adored by his people. Among those titles is the one that had been used for his grandfather, Kim Il-sung, the original Great Leader.

LOS ANGELES — Lorenza and German Artiga raised six children in a rent-controlled bungalow here, their only home since they moved from El Salvador 29 years ago.

So they were stunned this past summer when their landlord served them with eviction papers, claiming that their 12-year-old granddaughter Carolyn, whose mother was killed in a car crash in 2007, was an illegal occupant.

Up against a seasoned lawyer and bewildering paperwork, the couple, who speak little English and could never afford a lawyer, would very likely have been forced out of their home and the landlord could have raised the rent for new tenants.

Free legal assistance in noncriminal cases is rare and growing rarer. A recent study in Massachusetts found that two-thirds of low-income residents who seek legal help are turned away. Nationally, important civil legal needs are met only about 20 percent of the time for low-income Americans, according to James J. Sandman, president of the Legal Services Corporation, a federal agency that finances legal aid groups.

But the Artigas were lucky. They traveled to the nearby county courthouse and joined the tense line that gathers most mornings outside the Eviction Assistance Center, a legal aid office in the same building as the housing court.

Established in 2011, the center is part of an experiment by the California courts on the benefits of providing more lawyers and legal advice to low-income people in civil cases such as child custody, protective orders against abusers, guardianship and, most commonly, evictions.

“We’re trying to level the playing field,” said Neal S. Dudovitz, the executive director of Neighborhood Legal Services of Los Angeles County, a group that manages the eviction center in the downtown courthouse. With funds from the Shriver project, as the experiment is known, supporting about 16 lawyers from four legal aid groups, the center is providing full or partial assistance to one-third of the 15,000 tenants who face evictions each year in this courthouse alone.

The California initiative and similar projects in New York, Massachusetts and elsewhere aim not only to help more needy clients but also to improve guidelines for the unavoidable and often painful legal triage: In a sea of unmet needs, who most needs a lawyer, who can do with some “self-help” direction? What happens to those who must be turned away?

The projects also hope to show that filling more of the civil “justice gap,” as it is known, can bring net financial gains for society.

The Massachusetts study on legal aid, commissioned by the Boston Bar Association, concluded that a large increase in state funding would be a “smart investment.”

For every dollar spent representing families and individuals in housing court, the study concluded, the state would save $2.69 in other services such as emergency shelter, health care, foster care and law enforcement. Likewise, providing swift legal aid to victims of domestic violence would avoid large medical and other costs.

The pilot projects are part of a roiling discussion in legal circles about what is often called “Civil Gideon,” a reference to Gideon v. Wainwright, the landmark 1963 Supreme Court decision that established a right to counsel in criminal cases.

The shorthand term is misleading because no one is pressing for a free lawyer for every poor person in a lawsuit. Rather the movement seeks to provide help in a subset of civil actions involving basic needs like housing, safety and custody, said John Pollack, coordinator of the National Coalition for a Civil Right to Counsel.

State funds, foundation grants and pro bono services have all helped, but the total number of lawyers in legal aid programs has declined over the last five years, Mr. Sandman said.

Out of necessity, a search is intensifying for less costly alternatives that do not require extensive time from lawyers. In one promising part of the California project, Greater Bakersfield Legal Assistance has used mediators, for example, to resolve a share of eviction orders.

“We need to think about different strategies, like more user-friendly courts, with simpler procedures so that people can deal with system more effectively by themselves or with nonlawyer assistance,” said Deborah L. Rhode, director of the Center on the Legal Profession at Stanford University.

Washington State is experimenting with licensed legal technicians, she said, while some courts in New York provide “navigators” to help with forms and procedures.

Before the Eviction Assistance Center was established at the Stanley Mosk Courthouse in 2011, few tenants had lawyers, while most landlords did. Just helping tenants fill out responses to an eviction notice within the required five days has made a difference: Since 2011 the “default rate,” or share of cases that summarily result in evictions, has declined to 35 percent, from 50 percent, according to Cassandra Goodman, the center’s supervising lawyer.

As before, most cases are settled before trial. But more often now, the lawyers help tenants fend off landlords who are using pretexts to seek eviction so they can benefit from gentrification and rising rents, Ms. Goodman said.

A lawyer can make a vital difference, even for the larger numbers who are unable to pay their rent, by negotiating a “soft landing” — extra weeks to move out, forgiveness of unpaid rent and agreement to seal the record and avoid a report to credit agencies, Ms. Goodman said.

More limited advice, like helping people file forms, may suffice in some kinds of disputes, or when both sides are representing themselves, Mr. Dudovitz said. But that is seldom the case in eviction cases here.

“You can’t really prepare someone to stand up in court and face a lawyer on the other side,” he said. “In my view, self-help will not be the answer in eviction cases.”

When Mr. Artiga, 66, and his wife arrived at the eviction assistance center, confused and clearly in need of legal help, they were assigned to Deepika Sharma, a lawyer with a nonprofit group called Public Counsel.

The couple came to her office with copies of their daughter’s death certificate and previous correspondence proving that they were already legal guardians of Carolyn when the current landlord bought the property in 2008. They also had a copy of a letter they sent in 2009, written with the help of a community organizer, reiterating that they had not signed the more restrictive lease he had proposed.

Ms. Sharma tracked down the activist who wrote that letter, so it would be admissible as evidence, and made requests for discovery and plans for depositions. Then in September, just before a scheduled court date, the landlord dropped the case.

“I think the landlord was betting that they wouldn’t get a lawyer,” Ms. Sharma said.

Without Ms. Sharma’s legal help, Mr. Artiga said, “We would have been kicked out.”

With his worsening glaucoma, Mr. Artiga added, “I’d trip and fall in a new neighborhood.”